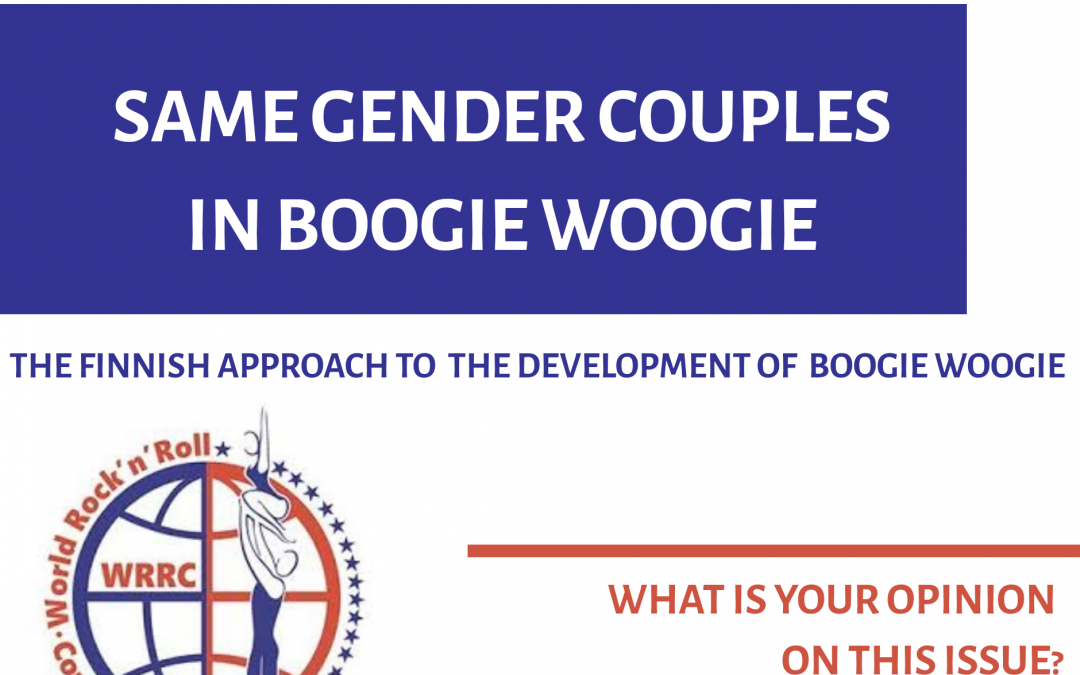 In Finland the national competition rules for Boogie Woogie, Rock’n’Roll, Bugg and Lindy Hop have been following the same principles as in WRRC and in the Nordic countries, with only some adjustments made to fit the national requirements. Once or twice a year the rulebook has been opened for a critical review, and suitable updates have been made by a decision of the General Meeting.

As one example of the national requirements, or in this case, making the national rules more permissive compared to the international rulebooks, there has been a possibility for children and beginners in some age groups not only to practice but also to compete with a same gender couple. In addition, many of the disciplines inside the FDSF have pairs, small groups and formations where the gender of a dancer is of no relevance. In practice, special competition categories have been set up for the Juvenile beginner level same gender couples in Standard and Latin, while in Boogie Woogie the rule has been even more permissive with inclusion of the same gender couples in Juvenile age groups in all competitions. A few special Standard and Latin competitions for Adult same-gender couples have been organised jointly with the traditional Standard and Latin events. These possibilities and also the limitations due to the international rulebooks have also been mentioned on the FDSF Equality Programme, updated back in 2015. The Equality Programme serves as one of the documents and guidelines of the Federation’s Good Governance Folder.
In February 2018, the Finnish Dance Sport Federation was contacted by an athlete proposing the FDSF should consider allowing same gender couples participate the competitions in all age groups and all levels in all disciplines. This letter planted the seed of opening the rulebooks for a review once again. Even though the motion did not get support at that time, the idea of it and the possible implications of it were studied thoroughly. Rock’n’Swing Commission started actively considering the motion, and in less than a year the motion adjusted to fit the Rock’n’Swing -disciplines came back for the Presidium’s deliberation.

Only time will tell if and how this new opportunity will succeed and evolve, and if the disciplines will have any advantages or disadvantages of it. Finland has not perhaps been recognized among the forerunners before, but with this relatively new perspective to spread all the wonderful aspects of DanceSport to a wider audience the FDSF is hoping to become one of the leading ideologists in evolving DanceSport in 2020s. 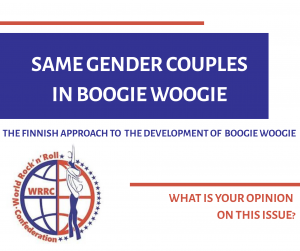