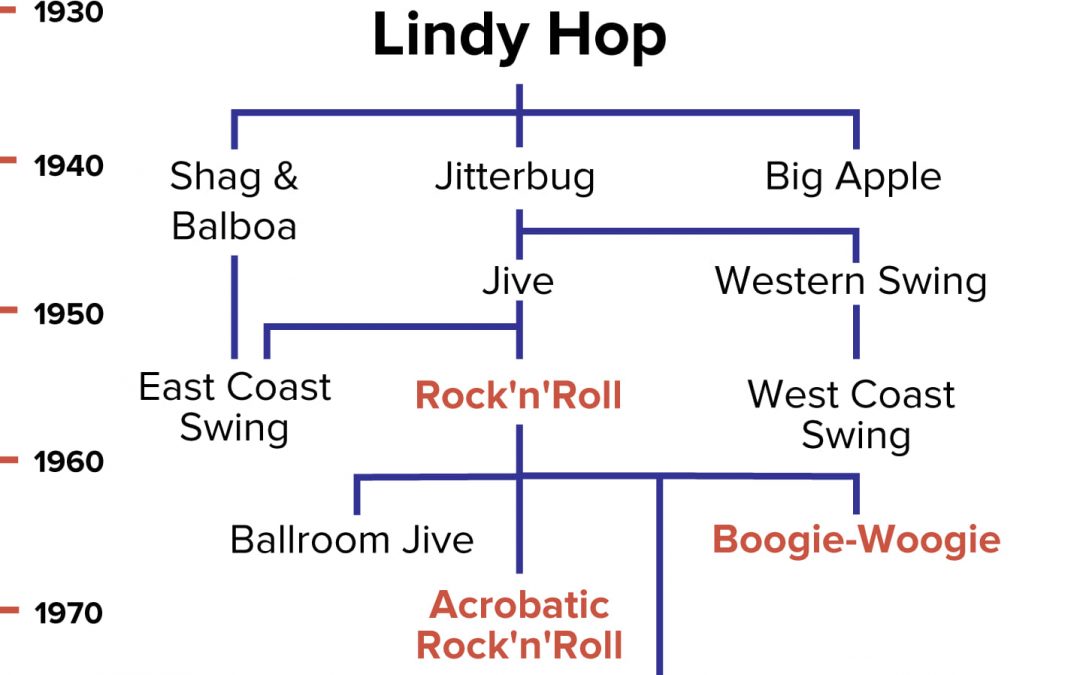 We danced yesterday, continue to dance today and will dance tomorrow….We should admit, dance develops and changes.
It’s difficult to say certainly when and how this or that style of dance appeared and developed.
Dance like any art form is influenced, defined and often in reaction to its historical, social and political environment. Let’s travel back in time to th
e 1940s 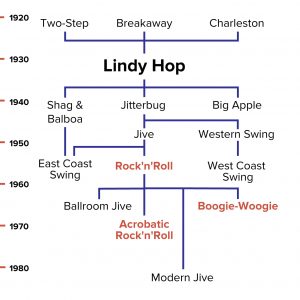 Popular music changed, moving away from the big band sound of swing to styles like rhythm and blues and then rock and roll. Due to this and other factors, the Lindy Hop evolved and mutated into a number of different styles.
The Jive styles of swing dance were introduced to Europe by American servicemen during the second World War. They quickly took off and were adapted in different ways acr
oss different countries. In mainland Europe the Boogie-Woogie style developed, and the airsteps from the original Lindy Hop were taken to their logical extreme in competitive acrobatic Rock’n’Roll..
American Bandstand”, a TV show popularised the genre in its premiere bringing both the music and dance style to the limelight. In 1957 the Italian “Clan Bruno Dossena“ and dance teacher Umberto Gallone from Milan invented the
‘jump’ basic. Dance teachers in Europe and America tried to absorb the wild ecstasy of the Rock’n’Roll dance by communicating cultivated Boogie to Rock’n’Roll music. The first Rock’n’Roll wave ended in 1959.
The early 70s brought the biggest renaissance of Rock’n’Roll music. In this nostalgia, the music of Bill Haley, Elvis Presley and others revived again. As from 1974, Rock’n’Roll was again a popular fashion dance. In the early 80s, when Rock’n’Roll transferred more and more to a highly artistic sport, Boogie Woogie was rediscovered. Nowadays Boogie Woogie and Acrobatic Rock’n’Roll are danced all around the world. People from more than 30 countries come to world competitions annually, dance in clubs and at festivals.